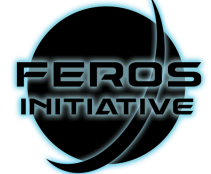 Welcome to the initiative pilot read this on how to join

Welcome to the Initiative pilot read the entire page! <—-

1. Make an account on the side right top corner

Please Write Down on your profile:

How To contact us when you aren't in our discord?

or write an email below with your contact info

Founded in 3304 The Feros Initiative has claimed LHS 2936 as our home system. We are a collection Military experts, scientists, explores and colonists set on expanding our dominance to save humanity! The Initiatives main target and enemy remain the Thargoids but we will destroy anyone that attempts to interfere in our quest for a secured galaxy!

As a naval Reserve member you agree to be pulled into active duty to fill the gaps created by fallen or AWOL soldiers. The Initiative understands that you have restrictive time slots available to server therefor you will only be called upon when available. Furthermore, when called upon you will be held to the same standards as active duty members. If you find that you cannot follow the orders given kindly inform your commanding officer and step down.

What to expect after you have enlisted:

Enlistees will be trained in combat, formation and communications before they can participate in major events. This applies to Reserve members as well. After you are determined to be fit for Initiative naval combat you will have full access to events going forward as well as the perk of Feros team work and secret grinding locations when available.

Your naval duties are as follows:

1. To follow the Feros Initiative regulations posted in the discord channel #rules
2. Obey the orders of Admiral Joeysevengames
3. Obey the orders of Officers appointed over you.
3. Unless you are a Fleet Leader and/or a Wing Leader relaying information you MUST request to speak while participating in events/missions
4. Following orders and keeping formation is absolutely important. If you stray from formation and cowboy your way into battle you will be killed on the field and dropped from the navy!

So you don’t think you are cut out for the epicness that is the Feros Initiative Navy… That is fine, you still have a purpose back home. As a civilian you are tasked with supporting the Initiative home systems economically. Civilians are expected to form economical, relief wing missions with each other independently or as directed by the Head of Economics to keep our systems stable. It is absolutely important to note that civilians are just as important as the Navy. Without a strong civilian base the navy would be stretched thin defending while promoting growth.

This team doesn't have any matches yet!

Founded on the 24th of March 3304, the Feros Initiative is a organization, created to send scientists, explorers, and colonists on a expedition to find a suitable system for the Feros corporation. With powerful benefactors lending their support, the organization found its system of operations LHS 2936 on the 2nd of April 3304. The Inisiative is growing fast and many more pilots join daily.

Scientists and explorers will be escorted with a group of armed ships, to find a suitable systems for the Feros Initiative to colonize.

While the Feros Initiative’s long-range scans have identified several potentially-habitable planets in and out the bubble, the possibility of encountering harsh planetary conditions during the search for a suitable Goldilocks Zones exist. The researchers and explorers and their team will be responsible for assessing and exploring any environment deemed necessary.

A project as massive as this is extremely expensive. Expenditures are known to have reached billions of credits. Many trading fleets have been send out to gather the credits required for this operation.

There is more to the Feros Initiative than the publicly-announced ideals of exploration and colonization of the galaxy. It’s other purpose: saving humanity.

Are you sure you want to delete team?